Thiruvalla and the surrounding area is famed for its large number temples. They’re the perfect excuse for a cultural day out, and with several located within easy reach of our popular Club 7 hotel, a day trip can be combined with shopping or another local attraction. Our dedicated concierge service can make all the necessary arrangements to help you plan a great day out.

Sree Vallabha temple is a delight for architecture lovers. Carved from a single piece of rock, its awe inspiring intricate carvings adorn the façade and have delighted tourists for centuries. Believed to have been built around 4000 years ago, it is steeped in history, and visitors marvel at the skilled craftsmanship from so long ago. Take time at the temple to relax and experience the serenity and tranquillity it offers.

Padayani Folk Dance is a sight not to be missed. It is a traditional folk dance incorporating local ritual art. Based upon military traditions, the dance is performed in honour of Bhadrakaai (row of warriors) and blends together music, art and dance into a spectacular performance. This is a must-see extravaganza and the hotel concierge can assist in arranging a visit.

Aranmula is a village located in Kerala that’s well worth visiting to see its unique sights and history. Nestled on the banks of the river Pampa, it is famous for its metal mirrors. These hand-made metal alloy mirrors make the perfect souvenir or gift for loved ones. Part of their charm is the heavily guarded secret of exactly what they are made from. Some even believe them to bring good luck. These little pieces of metal are held in such high regard that the British Museum in London has one in its collection.

River Pampa is a wide, free-flowing waterway that offers visitors to the region a great natural experience where they can explore a wide range of flora and fauna native to the area. It holds great Hindu significance, with followers believing that Lord Ayyappan revealed himself to the Pandalam Raja as a child on its banks. Today Hindus’ practice immersing themselves in the waters in an attempt to absolve their sins.

Thekekudi Cave Temple in Kaviyoor is believed to have been carved around the 8th century. Visitors will marvel at its unique architectural style and the range of idols which adorn it. Surrounded by thick tropical vegetation it gives visitors a sense of calm and inner peace, and you’ll leave feeling relaxed and at one with nature.

Courtallam, Spa of South India, is a panchayat town situated at a mean elevation of 160 m (520 ft) on the Western Ghats in Tirunelveli District of Tamil Nadu, India. Many seasonal and few perennial rivers such as the Chittar River, the Manimuthar River, the Pachaiyar River and the Tambaraparani River originate in this region.

Perunthenaruvi waterfall (also Perumthenaruvi) is located in the dense Sabarimala forest area, just 10 kilometres away from Erumeli, the renowned set off point for Sabarimala Pilgrimage. At Perumthenaruvi, water gushes through a gorge. The slant may ultimately reach about 100 ft height.

Konni is a small hilly town in the Pathanamthitta district, Kerala state, India. The elephant training centre is about 10Kms from the Pathanamthitta town. In the past, wild elephants caught from the forests were brought here and put in wooden cages known as ‘Aanakoodu’ (Elephant Cage, or Kraal) to be tamed and trained for work.

Gavi is an eco-tourist spot in Kerala which has widely become popular after ‘Alistair International’ the world acclaimed tourism major listed it among the leading eco-tourism centres and one of the must-see places in India.

Seethathodu is a village in Pathanamthitta district, located in Kerala state, India, near Chittar Town. 90% of the area is dense reserve forest, a part of Goodrical Range, Periyar Tiger Reserve. The main attraction of Seethathodu is Sabarimala, a Hindu hill pilgrim centre.

Thekkady is the location of the Periyar National ParkThe splendid artificial lake formed by the Mullaperiyar Dam across the Periyar River adds to the charm of the park. The greatest attraction of Periyar are the herds of wild elephants that come down to drink in the lake. Sanctuary can be accessed through a trekking, boating or jeep safari.

Kuttanad is a large area made up of low-lying land spread across Alappuzha District. Agriculture is the major occupation and paddy is grown as far as the eye can see. Duck rearing is a subsidiary occupation for many farmers and thousands of ducks wadding over the fields, lakes and rivers is a beautiful sight across the district.

The Maramon Convention ,the largest Christian convention in the world, is held at Maramon, Pathanamthitta, Kerala, India annually during the month of February on the vast sand-bed of the Pampa River next to the Kozhencherry Bridge.[1] It is organised by the Mar Thoma Evangelistic Association, the missionary wing of the Mar Thoma Church.

Palayur Church is unique in that it has a continuous history of two millennia and stands on the same spot where Apostle first established it. Palayoor is a part of Trichur District and is located on the west Cost of Kerala. The 30 km long annual Lenten Mahatheerthadanam or great pilgrimage on foot from the Thrissur to Palayur has conducted in every year. 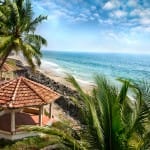 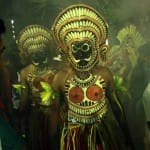